Free Shipping on all orders over $49.99!Questions? Email us at Yinyanginfusions@gmail.com! 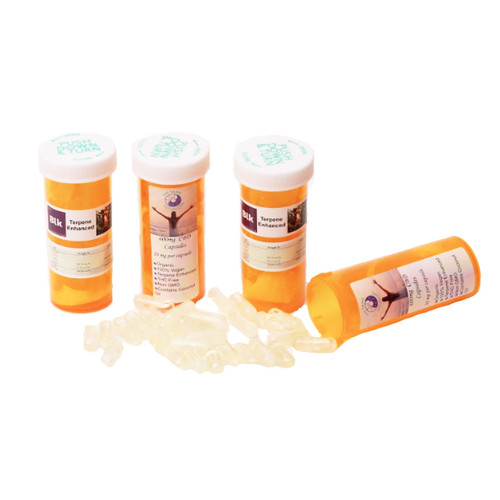 Availability:
In Stock
Bulk Pricing:
Buy in bulk and save

Includes 30 Capsules at 20mg of CBD per capsule and 2mg of organic Blueberry Kush terpenes.

what are people using this strain for? according to leafly.com:

Blueberry Kush is an indica-dominant strain that slowly brings on a heavy body sensation, helping consumers forget their stress and relax. Originally from Oregon, this strain is a hybrid of blueberry and OG Kush, which is evident in its fresh berry aroma with notes of earthy herbalness. This strain is a popular bedtime smoke, with dreamy effects that let you float into sleep with ease

These products have not been evaluated by the FDA and are not intended to cure, treat, diagnose, or prevent any disease. Read our websites full terms of service page BEFORE purchasing any products.

The History of CBD

Did you know that CBD was actually discovered in 1940? Throughout history, cannabis had served as a valuable therapeutic resource; however, during the rise of modern medicine, it was not recognized by most in the medical community due to a lack of scientific evidence. The first discovery of an individual cannabinoid was made, when British chemist Robert S. Cahn reported the partial structure of Cannabinol (CBN), which he later identified as fully formed in 1940. Two years later, American chemist, Roger Adams, made history when he successfully isolated the first cannabinoid, Cannabidiol (CBD). His research is also responsible for the discovery of Tetrahydrocannabinol (THC). In the study, Mechoulam and his team administered daily doses of 300mg of CBD to study a group of 8 subjects. After just four months of treatment, half of the subjects stopped having seizures and the others exhibited a decrease in the frequency of their seizures. This was a huge breakthrough that had the potential to change the lives of more than 50 million epilepsy sufferers from around the world.

Does CBD get you high? What about pets? 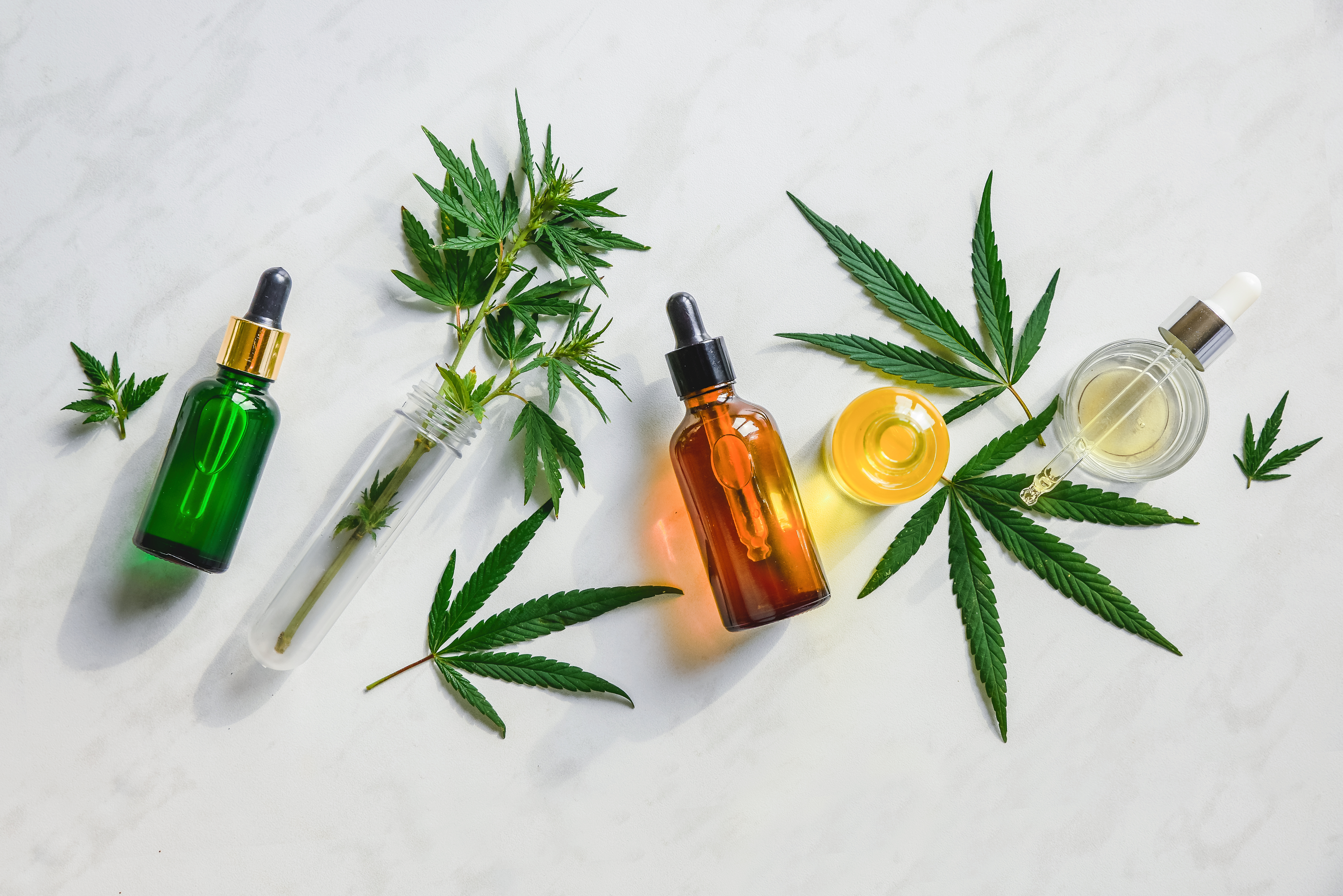 The endocannabinoid system by which CBD enacts its effects is present in all mammals, birds, reptiles, and fish. This includes cats and dogs, which are known to experience many of the same medical and emotional issues as humans. It is therefore logical – and widely anecdotally supported – to suggest that

Check out our CBD pet drops! In stock 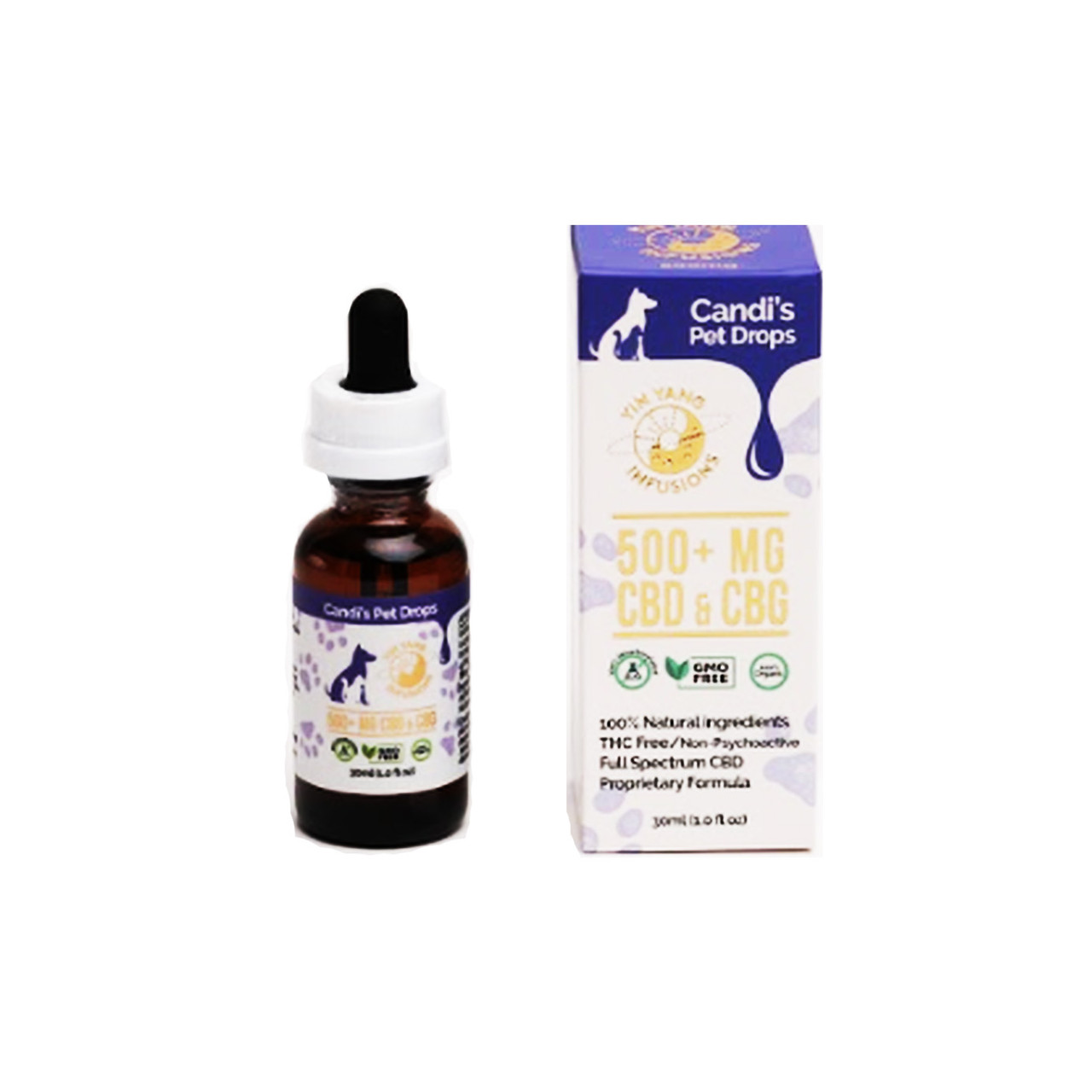 CBD can help our pets manage anxiety, stress, pain, nausea, and other ailments.

Yin Yang Infusions believes in the power of CBD for pets and offers a CBD pet tincture for use with your furry friend or friends.

It’s one of hundreds of compounds in these plants, but it’s received more attention lately as changes to state and federal laws have led to a rise in the production of CBD-infused products. Another well-known cannabinoid is tetrahydrocannabinol (THC). This compound is known for its psychoactive effects when consumed with cannabis, or marijuana. THC produces what many consider a “high,” or an altered state characterized by euphoria, pleasure, or heightened sensory perception. CBD doesn’t cause a high like THC. CBD has been anecdotally shown to have some positive health benefits, like helping people with anxiety and stress. If you’re seeking out CBD as a means to get high, you won’t experience that, and should consider Delta 8, HHC, or another alternative.

Although many people think that you can get high off of CBD, Both THC and CBD naturally occur in cannabis plants. CBD can be isolated from the cannabis plant and the THC compound. People infuse CBD into tinctures, oils, edibles, and other products without the high-inducing THC. Still, many individuals might assume CBD causes the same effects as marijuana, because both can be found in the same plant. However, CBD alone is non intoxicating. It won’t cause a high. What’s more, CBD can also be derived from the hemp plant. In many states only hemp-derived CBD is available legally. These products, by law, can have no more than 0.3 percent THC. This isn’t enough to create any psychoactive symptoms. Once extracted from hemp or cannabis, CBD can be added to several products, including tinctures, lotions, and oils. CBD tinctures are one of the more popular CBD products. You can take it sublingually (under the tongue) or add it to drinks, food, or vape pens. Many people are using these products as a natural way to relax or lower anxiety. This is still not equivalent to the high marijuana causes. High concentrations of CBD (or taking more than recommended) could cause an uplifting effect. That’s not the same thing as a high. What’s more, taking high doses of CBD could cause some side effects, including nausea and dizziness.

Benefits of CBD- Based off anecdotal evidence

-CBD may have beneficial effects on acne due to its anti-inflammatory qualities and its ability to control the overproduction of sebum from the sebaceous glands.

-Antipsychotic effects: Studies suggest that CBD may help people with schizophrenia and other mental disorders by reducing psychotic symptoms

-Substance abuse treatment: CBD has reportedly modified circuits in the brain related to drug addiction. In rats, CBD has been shown to reduce morphine dependence and heroin-seeking behavior

-Diabetes prevention: In diabetic mice, treatment with CBD reduced the incidence of diabetes by 56% and significantly reduced inflammation

Though CBD is generally well tolerated and considered safe, it may cause adverse reactions in some people.

Side effects noted in studies include-

●Changes in appetite and weight

CBD is also known to interact with several medications. Before you start using CBD oil, discuss it with your doctor to ensure your safety and avoid potentially harmful interactions . This is especially important if you take medications or supplements that come with a " grapefruit warning ." Both grapefruit and CBD have been shown to interfere with cytochromes P450 (CYPs), a group of enzymes that are important to drug metabolism. One study performed on mice showed that CBD-rich cannabis extracts have the potential to cause liver toxicity. However, some of the mice in the study were force-fed extremely large doses of the extract.

Although CBD does have it’s benefits it also has some side effects. Always ask your doctor before you try anything new.

These statements have not been evaluated by the FDA. This product is not intended to diagnose, treat, cure, or prevent any disease. Consult your physician before using this product.